At their regular meeting on Oct 7, 2019, Jefferson County PUD’s Board of Commissioners awarded Hoch Construction of Port Angeles the contract to expand and remodel the PUD’s main facility at 310 Four Corners Road.

Hoch Construction was the lowest qualified bidder, with a total bid of $3.275 million. The bid was well below the projected $4.25 million budgeted for the project by the PUD and its architect, TCF Architects of Tacoma.

The PUD’s remodel and expansion project will add an additional 4600 square feet of meeting space and offices to the PUD’s main operations center. According to General Manager Kevin Streett, the existing building has been vacated in anticipation of construction and will be gutted and remodeled to add additional and improved areas for staff. Construction is slated to begin in November.

“We inherited this building from PSE when we bought the electrical system,” said Streett. “It’s 40 years old and it was too small when we moved in. We’ve been needing to add on for a while. I’m very pleased we’re moving forward.” Streett indicated that the remodel and expansion will be funded out of the PUD’s cash reserves.

According to the plans drawn up by TCF, the new addition will extend west from the main entrance and out to the customer and employee parking area of the 310 Four Corners facility. The addition will house an expanded customer service lobby including a customer seating area and bathroom.

The addition will also add a new meeting room that can accommodate up to 45 people. Due to lack of space in the existing building, the PUD’s Board of Commissioners have been holding meetings offsite for the last few years, either in the meeting room at Jefferson Transit’s nearby headquarters, or at East Jefferson Fire and Rescue’s Chimacum station.

In addition to bringing board meetings on site, the expanded and improved facility will allow the PUD to close its leased satellite administrative office in Port Hadlock, which currently houses the PUD’s billing and engineering departments. The PUD currently has around 50 full time employees.

Streett anticipates that construction will conclude in 2020, with the remodeled and expanded facility opening in 2021. Until then, the PUD’s customer service department will remain at its current temporary location, at 210 Four Corners Rd., on a property just north of the main facility. 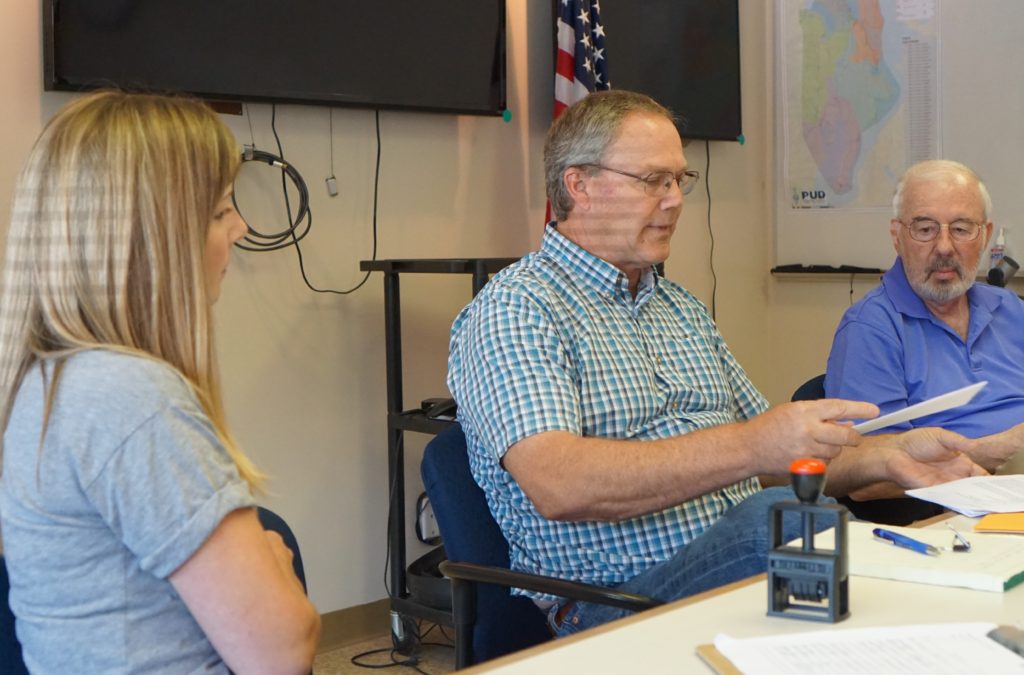