Where Does Your Electricity Come From?

Public Power has its privileges. Besides local ownership and local control, being a publicly owned electric utility allows the PUD to purchase nearly carbon free electricity from the federally owned Bonneville Power Administration (BPA). Prior to going public in 2013, the largest share of Jefferson County’s electricity came from coal-burning power plants, and more than 60% was generated by fossil fuels. In 2020, 85% of the electricity the PUD purchased from the BPA came from river water flowing through turbines at the dams on the Columbia River. 11% of our power was generated by a nuclear power plant in the Tri-Cities. Added together, nearly 96% of Jefferson County’s electricity comes from carbon-free, non-emitting sources. That makes our power some of the cleanest and greenest in the nation.

85% of our Electricity Comes from Hydropower

How does hydropower work? According to the BPA, people have been harnessing the power of water for centuries. The Greeks used water wheels to grind wheat more than 2,000 years ago. In the 1700s, water helped power the Industrial Revolution. And in 1882, the world’s first commercial hydroelectric power plant began serving customers in Appleton, Wisconsin. Hydropower plants fall into two categories: run-of-river and storage. Run-of-river dams were developed primarily for navigation and hydropower generation. Water runs through these structures as it arrives at each dam. Storage dams have reservoirs behind them that can hold water to be released as needed. Generally, storage reservoirs are drawn down in winter and early spring to provide power and to make room for heavy spring runoff and prevent flooding downstream. 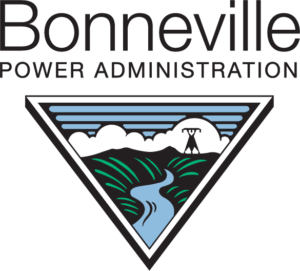 Though there are a few different types of hydropower plants, they each produce power in much the same way. As water flows through a powerhouse, the pressure of that falling water turns a large turbine that looks like a ship’s propeller. The spinning turbine turns a shaft that rotates a series of magnets past copper coils in a generator to create electricity. From the powerhouse, transmission lines carry electricity to communities, where local utilities distribute it to consumers.

Because dams are powered by water, they do not produce emissions like fossil-fuel burning resources. Replacing even 1,000 average megawatts of hydropower with a carbon dioxide-emitting, natural gas plant would bring more than 4 million metric tons of CO2 into the Northwest each year. Altogether, the Northwest’s federal and nonfederal dams produce 12,000 megawatts of firm hydropower, thereby avoiding roughly 50 million metric tons of carbon emissions each year.  Unlike coal, oil, nuclear or natural gas power plants, hydropower plants do not consume their fuel; the water simply spins a turbine as it passes downstream, unchanged. Every drop of water produces electricity as it flows through the turbines at each dam on its path to the ocean. With more than 60 dams in the Columbia River Basin, the operators work together to choreograph the system as if it were operated by a single owner, meeting the region’s needs in the most efficient way. source: BPA Power Generation 101

11% of our Electricity Comes From Nuclear Power

The Columbia Generating Station is located in Richland WA, and is owned and operated by Energy Northwest, a consortium of 27 public utility districts and municipalities across Washington.  Oversight of Energy Northwest operations is provided by an 11-member executive board and a board of directors comprising one representative from each member utility, including Jefferson County PUD.

Columbia Generating Station is the only commercial nuclear energy facility in the region. All of its output is provided to the Bonneville Power Administration at the cost of production under a formal net billing agreement in which BPA pays the costs of maintaining and operating the facility. Columbia began delivering power to the region in 1984. Since then it has provided billions of dollars worth of electricity while emitting virtually no greenhouse gases or carbon emissions commonly associated with natural gas, coal and other fossil fuel powered plants.

Nuclear power is a reliable energy producer. The Columbia Generating Station is not dependent on weather conditions as are hydro, wind and solar generation facilities. Nuclear plants produce electricity 24-hours a day, seven days a week.  Refueling and maintenance outages occur every other year and are scheduled when springtime water conditions in the Columbia River Basin are typically high, allowing the federal hydropower dams to produce ample supplies of power.​

Nuclear power plants prevent the release of significant quantities of emissions that would be created by burning fossil fuels to generate the same amount of electricity. The current fleet of U.S. nuclear power plants eliminates the release of about 1 million short tons of nitrogen oxides and 2.7 million short tons of sulfur dioxide – pollutants controlled under the Clean Air Act – each year.  They also prevent the emission of nearly 700 million metric tons of carbon dioxide each year; an amount nearly equal to that released from all U.S. passenger cars. The amount of nitrogen oxide emissions nuclear plants prevent annually is the equivalent of taking more than 47 million passenger cars off the road.   source: Energy Northwest