Storm Takes out Power to Half of Jefferson County

The first big bouts of rain and wind began on Sunday night. PUD crews got the word that 1000 customers were out at 11pm. Rains poured, wind blew, and the crew headed to work. At 2am, another circuit went down, and the numbers rose to 1700. By 5am Monday, the crew had restored the first outage and the second was nearing completion. The rain had let up and daybreak was coming.

Unfortunately that was just the beginning of the storm. By 9am, 4,000 customers were out of power, and at 11am power went out for all of Port Townsend. By noon more than half of the PUD’s customers had lost power. Over 11,300 homes and businesses. Some wouldn’t get it back until Wednesday morning.

With the soils saturated and winds whipping, it was not surprising to the PUD that trees and branches were falling onto power lines. The hope among staff initially was that the large number of customers out was due to large trees falling on wires that fed power to lots of customers. Restoration is fairly simple in that scenario. Remove the tree, thousands are back in power. And that might have been possible had winds speeds not continued to increase through the afternoon. The PUD did find a massive tree that fallen onto the transmission lines providing power to Port Townsend. (see below) Though removing it did restore power to thousands, thousand more had outages due to additional trees crashing onto neighborhood powerlines.

Monday afternoon wind speeds were reported to be around 70mph in the Strait. The winds almost blew a semi off of the Deception Pass bridge. The winds reeked havoc on Gardiner, Cape George, Port Townsend, and Marrowstone Island, blowing multiple trees through multiple distribution lines. The center of the county fared the best, sheltered from the winds blowing in from the west.

To support our team, and to help get customer power back on as quickly as possible, the PUD brought in two contact crews Monday afternoon. We also were lucky to have a crew from Mason PUD 1 and Grays Harbor PUD arrive Monday night. In total six crews worked 24/7 (with alternating rest periods) to restore power. By 3pm Tuesday, the number of customers out had been reduced to 500. But as those 500 were spread across 54 separate outage locations, it took until Wednesday morning to get all but a handful back in power.

We are grateful to our team, our contractors, and our neighboring PUDs for all the hard work. Thanks as well to our customers for the patience and understanding. 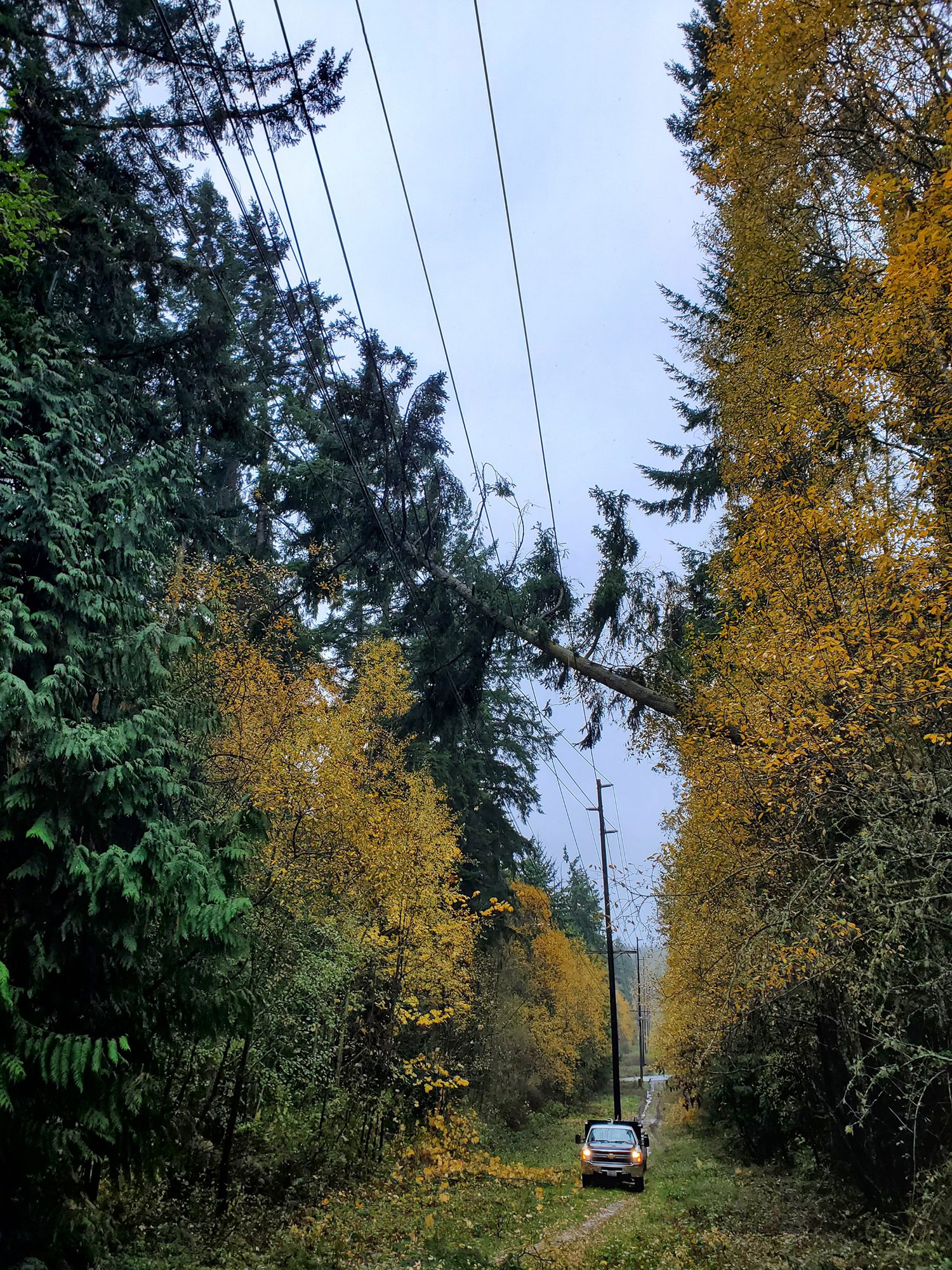