Jefferson County PUD is partnering with the State of WA on an application for $12.6M from the National Telecommunications and Information Administration’s Broadband Infrastructure Funding Program. If awarded, the PUD would build more than 160 miles of fiber to over 1600 homes and businesses in Quilcene, Discovery Bay, Gardiner, and part of Chimacum in early 2022.

This project builds off the PUD’s recent lease of fiber owned by the Bonneville Power Administration (BPA) running from Olympia to Port Angeles. The PUD will connect to the BPA fiber where it passes through Discovery Bay and Quilcene. According to PUD General Manager Kevin Streett, the BPA fiber boosts the PUD’s network capacity and stability as well as provides the PUD a secure second pathway off the peninsula. Currently the only fiber pathways into and out of East Jefferson County run across the Hood Canal Bridge.

Streett is calling the Quilcene and Discovery Bay project the first of what he sees as multiple phases in the PUD’s goal of ensuring that all Jefferson County residents have access to affordable and reliable broadband internet service. He says future phases are dependent on funding availability and funder priorities. Currently, building fiber to rural unserved communities is paramount he says, but noted that the PUD is also working to make it easier for businesses and residents to connect to the more than 50 miles of fiber the PUD has already installed in the county. Visit the broadband tab on the website for more updates.

Live in the project area and want to show your support? Take the survey! 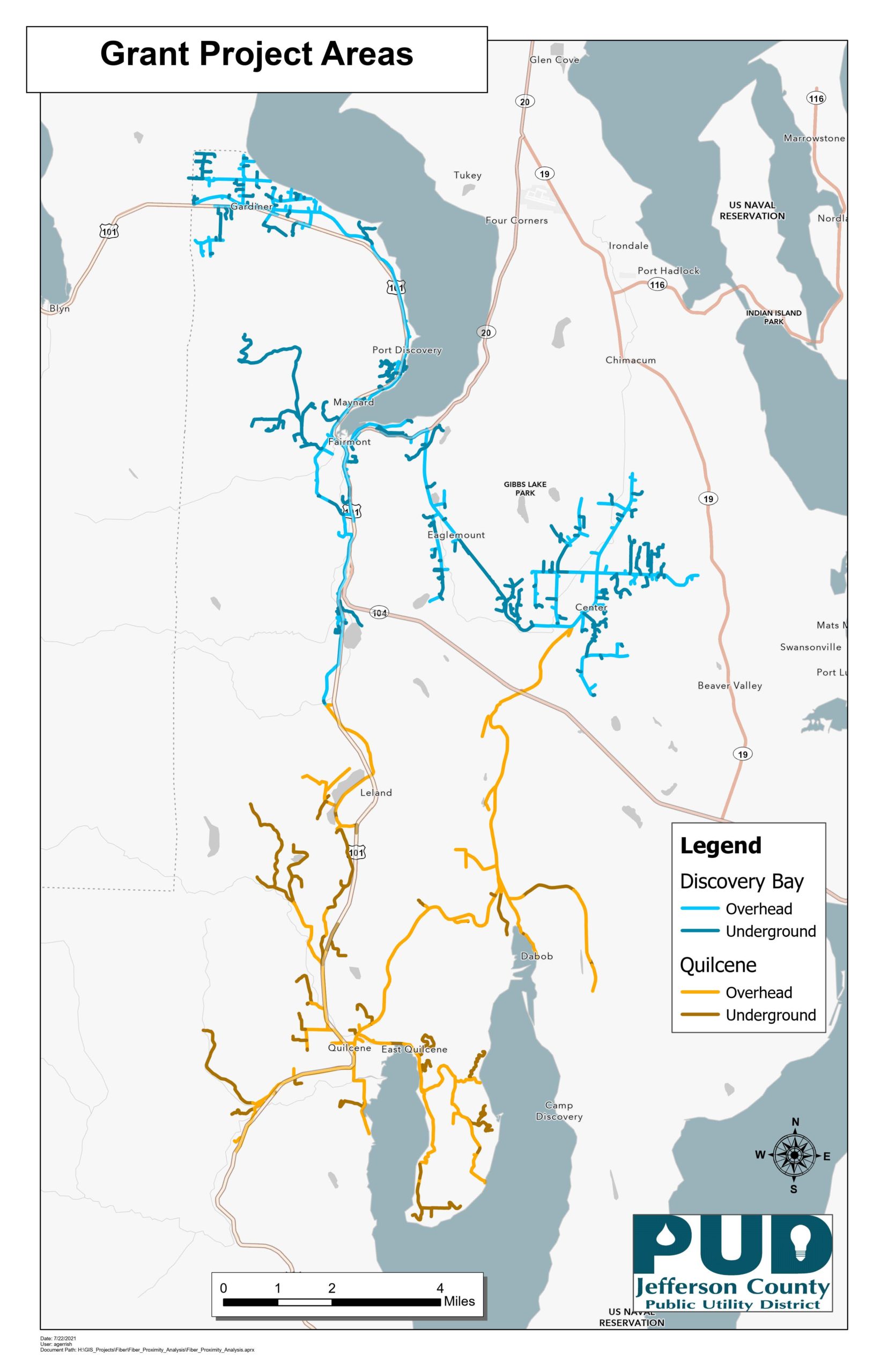