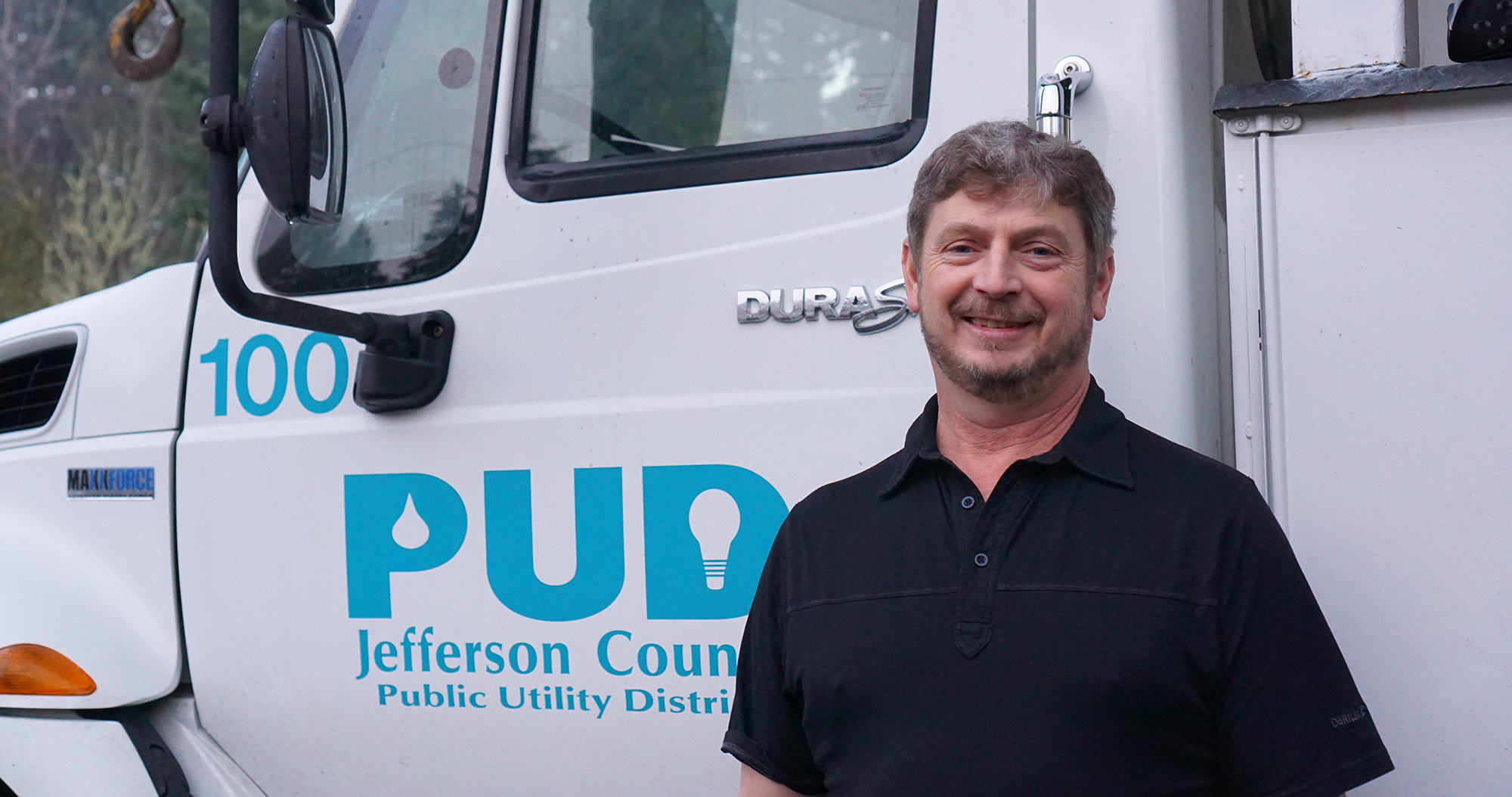 Except for a few years in Port Hadlock, newly elected PUD Commissioner Dan Toepper has lived his entire life in the district of Jefferson County he now represents. Toepper was born in Port Ludlow and along with his wife Robin, lives there still.

Toepper’s father worked for the Forest Service out of the Quilcene Ranger Station when Toepper was born. Toepper said he “grew up in the outdoors” and at two months old was taken by horseback up to the abandoned Tubal Cain mine on the trail his father was working on.

As a younger man, Toepper worked in the fishing and timber industries. For the last 28 years, Toepper worked in union construction as a heavy equipment operator. Toepper learned a lot about the installation of utilities during those years. He worked on fiber optic cable installation along the Hurricane Ridge road, sewer infrastructure in Sequim Bay State Park, and many other projects around Western Washington.

In September of 2018 Toepper retired to focus full time on the final stretch of his campaign. During the first half of his campaign for PUD commissioner, Dan often left home before dawn to work in the South Sound, then raced back to attend campaign events in the afternoons or evening.

Toepper credited his election win in part to the deep roots he has in the county. Toepper graduated from Chimacum High, and many of his four children and six grandchildren have gone or are going to school in the county. Toepper also coached little league for many years, and he believes those connections have been invaluable in helping him stay informed about what residents of this county want and need. He hopes to use those same channels to keep his neighbors, friends, and family members informed about issues related to the PUD as commissioner.

Dan is proud to carry on his predecessor’s role as the rural, blue collar voice of the PUD. Previous District 3 Commissioner Wayne King lives in the woods of Gardiner, owns and operates a machine shop, and is renowned for his hydraulic repair skills. He was also known for being a passionate and blunt-speaking advocate for the rural residents of Jefferson County. Toepper praised King’s many achievements as commissioner, as well as his commitment to improving and advancing the PUD, something Toepper intends to continue, though with his own personal style.

In his first few months as commissioner, Toepper says he looks forward to working with the other commissioners and staff to improve the PUD’s organizational stability and structure.

“The PUD is a work in progress,” said Toepper. “We have moved forward on the initial promises of local jobs and local investment. But there’s been a lot of turnover at the PUD in the last five years, and we need to find more ways to keep the people we have and to attract good people to work here.”

Toepper’s other priorities as a new commissioner are to increase the PUD’s participation in local emergency management preparations and to do what he can to keep PUD rates low for customers, though Toepper explained that doesn’t mean lowering existing rates. Rather his goal is to keep the PUD efficient and proactive, with an enhanced focus on conserving power and resources to reduce expenses.