Ken Collins elected to WPUDA Board 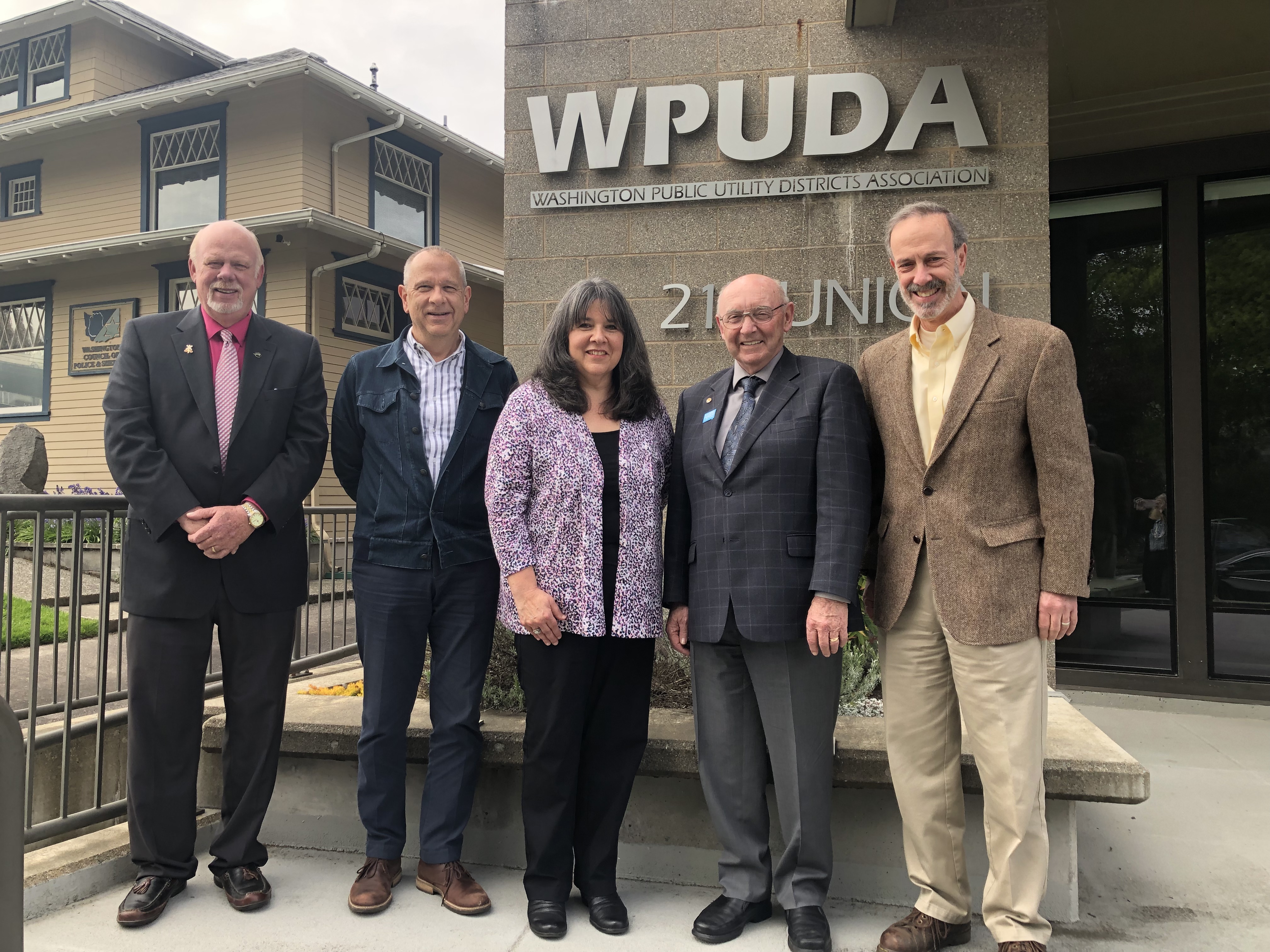 The officers serve on the Association’s Executive Committee and Board of Directors, providing oversight and recommendations in support of WPUDA’s mission. The Washington PUD Association represents 27 not-for-profit, community-owned public utility districts and one-joint operating agency, Energy Northwest. WPUDA member PUDs provide electrical, water and wastewater, and wholesale telecommunications services to residential, business and industrial customers in communities across Washington. The new officers assume an important leadership role in achieving the Association’s mission to “support, protect and enhance members’ ability to conserve power and water resources of the state and to provide not-for-profit, locally-controlled utility services.”

Newly elected WPUDA President, Randy Smith served as Vice-President and Secretary prior to being named President. “It’s an honor to lead an organization dedicated to providing the best quality, most affordable and reliable utility service possible to our customers across the state,” said Smith, a Chelan County PUD commissioner from Cashmere. “PUDs are unique in our connection with customer-owners. We are directly responsible to the people we serve in the communities where we live.”

Vice President Liz Green is continuing her service as an Executive Officer of the Association after completing a year in the role of Secretary.  “I’m looking forward to serving as Vice President of WPUDA as we work cooperatively to support the ability of PUDs to serve customers with safe, reliable, affordable utility services,” said Green.

Jefferson County PUD Commissioner Ken Collins is the newest member of the Executive Committee, elected to the position of Secretary. Collins is not new to serving in a leadership position in the Association having served as the Chair of the Commissioner Education Committee, a committee charged with identifying training topics and facilitating information sharing among PUD commissioners.  Collins says he is grateful for the opportunity. “Being involved with WPUDA has greatly expanded my awareness of the role of the PUD Commissioner and this is an opportunity to make a contribution, provide service and show my appreciation,” said Collins.