At this stage, it is very likely that the Jefferson County Public Utility District will increase your electricity bill incrementally over the next four years. Discussions are continuing regarding how much the rates need to go up, when they need to go up and whether the base rate or the consumption rate should be increased. Before responding to the question of why and by how much your rates will change, I would like to remind you of what you are getting for your money.

The most important benefit you are getting for your PUD dollars is a responsive and resilient system. Your PUD is able to respond to outages much faster than PSE was able to because our service trucks are based in Port Townsend and not on the other side of the Hood Canal Bridge. Rather than deferring maintenance and modernization, your PUD is committed to continuously improving the system. Since taking over from PSE in 2013, the PUD has spent more than $40 million replacing outdated infrastructure. The PUD plans to spend between $5 million and $7 million annually over the several years to reinforce and upgrade the system.

Another benefit directly addresses the issue of global warming. The electricity the PUD buys from the Bonneville Power Administration is 95 percent carbon-free, compared to 47 percent from PSE. However, the PUD must anticipate and prepare for the challenges that an increasingly electrified transportation system will create within the next decade.

A third benefit has been the creation of 50 good-paying local jobs. Finally, community ownership gives you, the customer, a voice in decisions made by the PUD, since PUD board meetings must be, by law, open meetings, rather than closed door board meetings held in another country. (PSE is currently owned by Canadian and Dutch interests.)

The need to increase your bill is directly related to the increasing cost of running the electric utility. As stated above, the PUD needs to continue investing $5 million to $7 million per year to ensure system resiliency, now and in the near future. The cost of operating and maintaining the system is more than $10 million per year and increases with the rising cost of materials and labor.  There is also the cost of paying back the federal government loan taken out to purchase the electric utility, which adds, with interest, another $6 million.

The aggregated cost of running the utility, not including the price of electricity purchased from the Bonneville Power Administration, is around $1.5 million per month or $70 per customer, if simply averaged out. Most of the operational costs are associated with residential customers, who outnumber the commercial customers by a ratio of nine-to-one.

The guiding principles that the PUD considers in determining rates is, first and foremost, to treat all customers fairly and in a non-discriminatory manner, to ensure the capability of the system and to not allow the debt-to-income ratio to fall below the level required by the federal government.

The process of determining rates requires taking multiple factors into consideration and began with a cost-of-service study in July of last year. To conduct this study, the PUD hired a consultant, FCS, to analyze of the costs to deliver power to various rate groups, residential and commercial. The preliminary results from FCS have been discussed at several PUD board meetings, the most recent one having taken place on April 6 of this year. The PUD commissioners considered the consultants recommendations and determined that the best approach would be to balance the increases between the base rate and the consumption rate.

Since the start of the process, the commissioners have heard from several dozen customers regarding the proposed increases. A few of you protested any rate increases, while many of you wanted the PUD to increase only the consumption rate. Increasing only the consumption side of the bill would not be fair nor would it be prudent. The fairness principle dictates that all customers are responsible for the cost of maintaining the infrastructure and paying down the debt. Relying too heavily on usage revenue that is weather dependent would put the PUD at risk if there were consecutive warmer than average winters.

Initially, FCS recommended sharply increasing the base rate. The commissioners rejected this recommendation because it would place a heavier burden on low-income residents and part-time residents. Also, it would not incentivize conservation, which is a widely shared community value and the reason that the PUD plans to add a third tier to the current rate structure.

A few of you questioned why you are paying more for electricity from the PUD than what PSE currently charges. The reason for this is the need to repay the principle and interest on the loan from the federal government to purchase the electrical utility, which amounts to an extra $25 per customer, per month; otherwise your PUD bill would be below PSE rates. 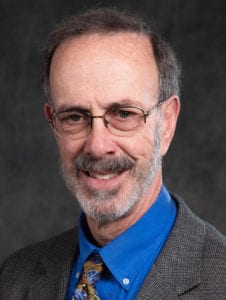 Eventually, that loan will be paid off and you will fully own the PUD. The extra dollars you are paying now represent a long-term investment in our community. The immediate benefits are better service, clean energy, good jobs and a forward-looking system that will continue to be reliable and responsive, now and in the years ahead.

Kenneth R. Collins is Commissioner of District 2 for the Jefferson Public Utility District

This editorial was submitted in May and published June 4th by the Port Townsend and Jefferson County Leader. The PUD’s Board of Commissioners voted to increase electrical rates at their June 1 2021 Regular Meeting.