Jefferson PUD begins its 10th year of electric operations with its largest budget yet. Large-scale infrastructure upgrade projects and grant funded broadband expansion are the main drivers for the increased budget.

The nearly $80M draft 2023 budget has been under review by the commission since July and was discussed with the public in a hearing on Oct. 3rd. It will be approved in October or early November.

2023 budget assumptions include a 4.5% increase in revenue and an 8% increase in operating expenses. The projected expense increases include additional staff positions in broadband, substations, water, line crew, and facilities. The expense budget also includes $800K in funding for tree trimming. Trees and branches are the number one cause of outages in our county, and trimming is our best defense.

The PUD’s largest project in 2023 will be broadband buildout with an estimated $15M in capital expenditures. To date, the PUD has been awarded more than $25M in grants to fund expansion, which is anticipated to connect over 4,000 customers and run through 2025. 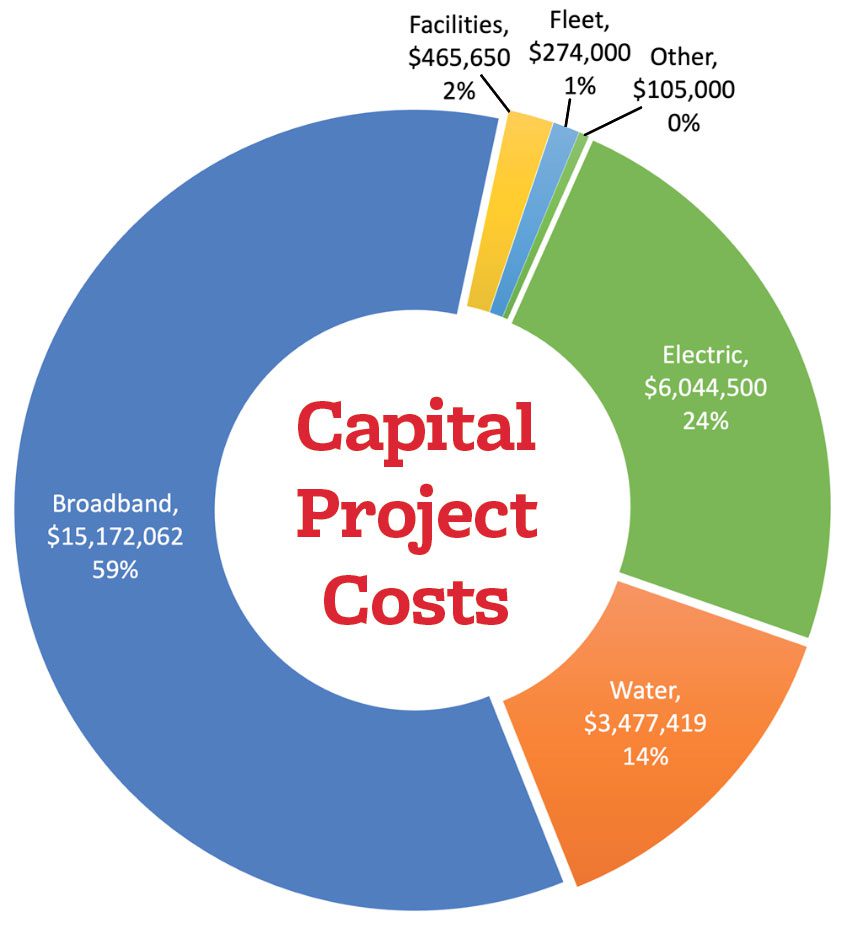 2023 electric capital projects are based upon a previously approved 4-year work plan and include: $2.3M for the ongoing meter replacement project, $855K for underground and overhead distribution, $665K for replacement of aging substation equipment, and $250K for pole and pad-mounted transformers. PUD facility improvements and fleet upgrades are planned for 2023. Also budgeted in 2023: installation of a 100kW solar array at our 310 Four Corners Rd operations center and our first ever electric fleet vehicle, a Ford F-150 Lightning.

Water department capital projects are based upon a 10-year work plan and include: $2.5M for construction of a new 105,000-gallon Quilcene water tank, $180K for feasibility studies for adding additional service in Brinnon, $200K for water distribution and service lines, and $100K for well and pump replacements.

Another notable anticipated expense in 2023: the PUD will pay another $6.8M towards its $115M loan to purchase the electric grid.

As part of a four-year slate of gradual increases approved by Commissioners in 2021, customers will see annual increases in water rates and sewer rates going into effect in January and increases to electric rates in July. Rate increases were approved in 2021 to recover the actual costs of providing services. According to General Manager, Kevin Streett, the previously approved increases do not take into account recent inflation or market shortages and were based on pre-2021 costs. To review the 2023 budget, and for more information about PUD rates or projects, go to our website: jeffpud.org