The Other End of the Line – Storm Dispatch

At 11:00pm on Nov. 4th much of Jefferson County was dark. High winds, gusting to more than 70mph, battered the region. Despite the hour, the PUD dispatch office hummed with activity. Computer screens flash alerts as new outages registered inside.

At Jefferson PUD, dispatch during an outage is maintained by a mixture of substation journeyman and SCADA technicians. Tod Eisele, PUD Substation Journeyman, scrolled over a map of the Irondale substation. Red alerts flashed, indicating much of the substation as de-energized.

“We’ve got a tree through the line near Anderson Lake,” he said. “Sounds like it took one of the transmission poles with it.” 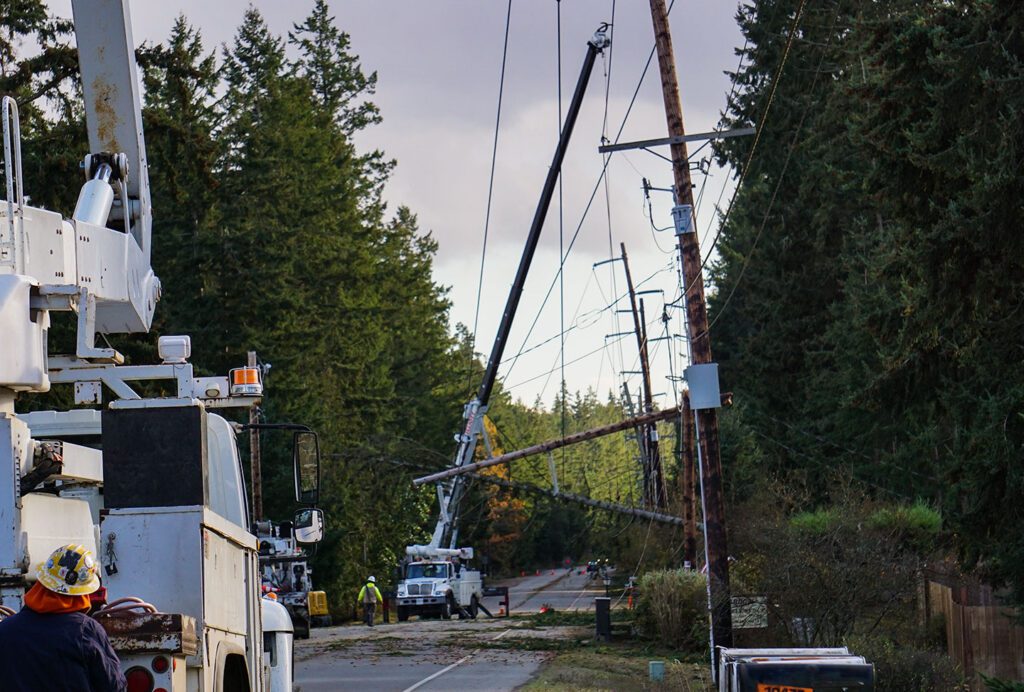 Which it did, knocking out power to both the Chimacum and Port Ludlow substations (pictured above).

A few minutes later, one of the PUDs Line Foremen called in a report from the field: multiple transmission poles were down along Seton Road; access road impassible. Eisele placed a digital tag on the outage management system, then guided the Line Foreman to the next section of line to patrol.

Alerts continued to flash on screen as David Elias, SCADA Technician, reviewed transmission and substation data looking for options to remotely reroute power through feeders within substations. Feeders provide power to large regions, with each feeder featuring a breaker (aka recloser) that protects the substation by opening or closing if a line fault is detected. When a recloser opens, it generates an outage to protect the substation.

Red outage lines crawl across the map on screen (pictured below), and Elias and Eisele discuss switching options to reroute and return power.

Remote switching at the substation level greatly reduces outage time, as the substation team does not need to physically drive to and access the station–it is also far safer to operate should equipment malfunction.

Over the next few days, reports of trees on wires, broken poles, and wires on the ground continue to pour in. During an outage, Eisele, Elias, and Substation Foreman, Colton Worley, work to categorize and coordinate responses. Each outage on the map is different, requiring specific repairs, often under harsh weather conditions. For lines on the ground dispatch sends a crew to verify and make the scene as safe as possible; for damaged poles, meter staff are sent to flag roadways and setup barricades.

Line crews work long hours during and after storm events, sometimes up to 40-hour shifts before going on rest. Dispatch is right there on the other end of the line with them helping to coordinate the action and organize the response. 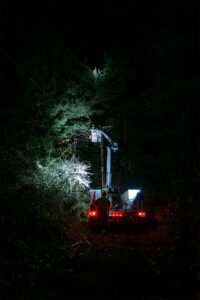 Dispatch is in constant communication as crews move from outage to outage–from Nov. 4–9 dispatch logged more than 1,100 phone calls. Crews arriving on an outage must verify the specific service area and isolate the work zone with dispatch. In the office, dispatch switches power feeds and provide physical clearance tags to each line crew lead. Clearance tags help ensure other line crews verify sections of line are de-energized for safety and can only be removed by the line crew lead themselves.

During this storm, the dispatch team worked with 5 support crews in addition to our own PUD line team. Contract line crews from Palouse Power and Olympic Electric, as well as mutual aid line crews from Mason PUD #1 and Mason PUD 3 assisted with outage recovery days after the event.

“Imagine stepping into an unfamiliar county in the dark during storm conditions and trying to locate a specific pole location,” Eisele said. To help, PUD staff are assigned to act as “bird dog” to new crews, helping navigate the area and supplying equipment needed for repairs.

Hour by hour and day by day the outage map began to clear and the hum of activity surrounding dispatch slowed. Within five days of the storm the majority of outage areas were energized. Dispatch and line crews, after a brief rest, turned efforts to the rebuild effort.

Large-scale storms like the November event are rare and often impact day-to-day life for days or weeks afterward. For Jefferson PUD staff, the time between storms is spent repairing, resupplying, evaluating response, and preparing for the future. 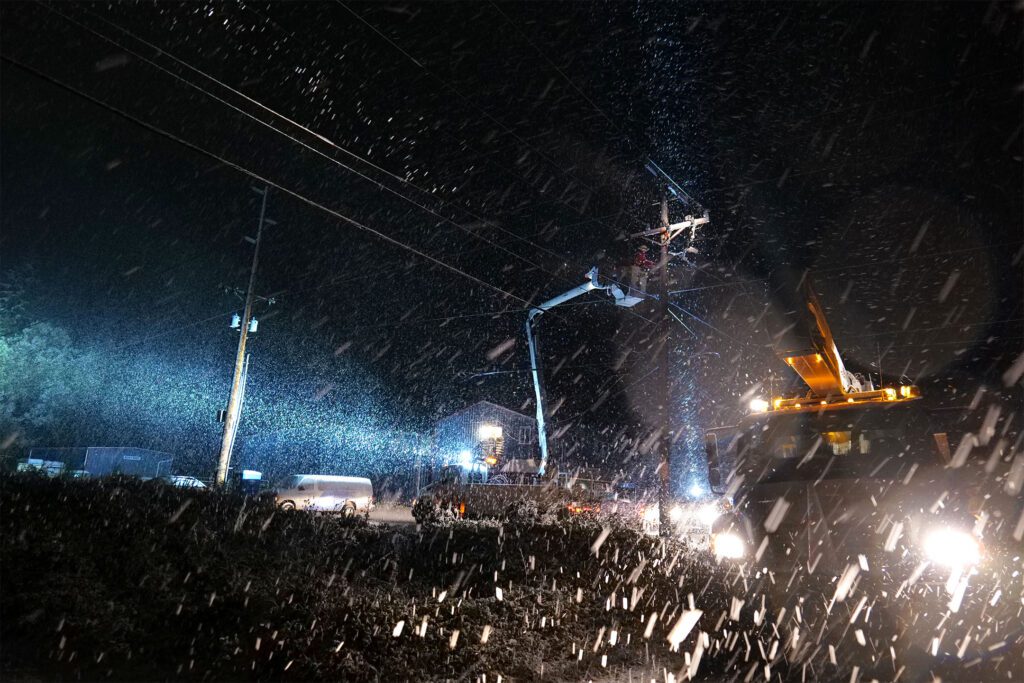