The grid connecting us all in our beautiful corner of the world is a complex and aging infrastructure, requiring the PUD to continually monitor, maintain, and replace components to help minimize outages. Despite all efforts, a reality remains: It only takes one tree to make a large-scale outage occur. 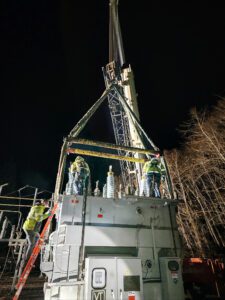 During the late morning of Thursday, December 15, 2022, a treefall contacted distribution lines along Beaver Valley Road south of Chimacum in close proximity to PUD’s Port Ludlow substation. The contact led to a transformer fault and loss of power for 3,050 customers in the greater Port Ludlow area.

Crews worked through the night to swap the transformers at the substation, while line crews spent hours conducting switching operations to feed the affected area from the Chimacum Substation.

Throughout the night, PUD staff tracked power usage to the Port Ludlow area, and during the early morning hours were forced to take an emergency outage due to low voltage issues.

Low voltage issues occur due to high usage in the region due to the distance from the Chimacum Substation. PUD substation staff had planned to take an outage later in the morning to finalize connection of the new transformer to the distribution system. The secondary outage, totaling 2,347 customers, was needed for connecting the new transformer to the distribution system and to allow line crews to switch customers back from the Chimacum Substation to the much closer Port Ludlow substation.

The transformer swap and connection, in total, lasted approximately 24 hours due to the replacement transformer being readily available. 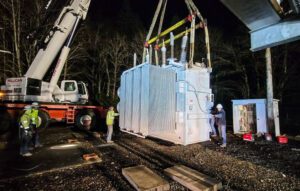 The Port Ludlow transformer, which was manufactured in the mid-1970’s, was known to PUD staff in 2013 when a large fault occurred prior to Jefferson PUD acquiring the system from PSE.

The transformer was tested and found to have high levels of acetylene in the oil–an indicator that a substantial fault had occurred. Jefferson PUD, having just purchased the utility and all assets in April 2013, elected to monitor and maintain the transformer, as the Utility did not have revenue to cover replacement and the transformer was part of the purchase agreement with PSE.

In 2020 Jefferson PUD (using reserves) purchased a new transformer. The transformer took between 6 and 8 months to build and was placed on a secondary pad beside the existing transformer. The pad was built with the hope of potentially expanding service to the area with a second bay.

Rebuilding of the damaged transformer is planned. Rebuild costs can vary (with an estimated cost of $300,000–$400,000) based upon the extent of damage.  Actual damage cannot be determined until the device is sent to be refurbished, opened, and inspected. Timeline for a transformer rebuild is currently 1-year. 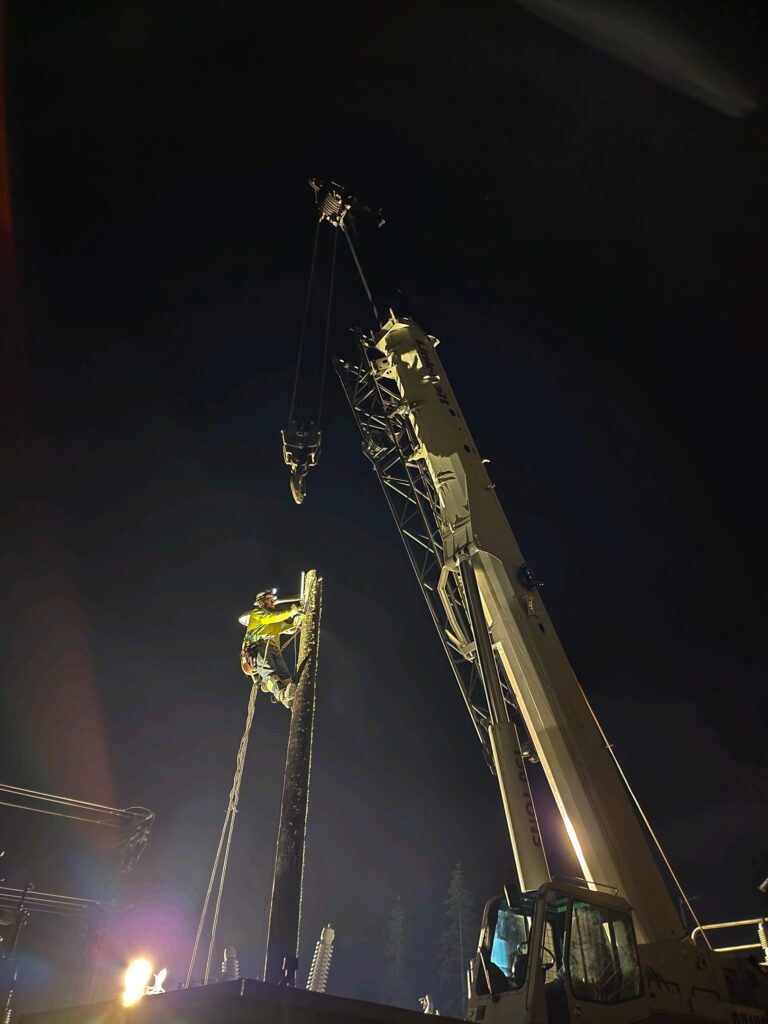 A full overview of the substation transformer replacement, history, and next steps was a topic of discussion during a recent Special Meeting of the PUD Board of Commissioners, and is available here. (Meeting chapter marks provided).