Most people know if they have internet service,

Whether or not they have broadband can be harder to determine.

For a fixed, wired internet service to be considered “broadband” by the Federal Communications Commission (FCC), it must have the ability to deliver downloads speed of 25 megabytes per second (mbps) and upload speeds of 3mbps. Wired broadband service can be delivered by fiber, coaxial cable, or even copper wire as long as it has the potential to meet prescribed speeds. Broadband can also technically be provided by wireless services, though the speeds are lower, with a minimum of 5 mbps down and 1 mbps up considered broadband.

Internet Service Providers (ISPs) currently self-report both their delivered speeds and coverage areas to the FCC. Using that self-reported data, the FCC concluded that at the end of 2016, 92.3% of Americans had access to broadband internet. However, according to a study by Microsoft, cited by the New York Times in a December 2018 article titled “Digital Divide is Wider Than We Think,” only half of Americans are using the internet at speeds approaching the broadband rate, and many areas in the US considered by the FCC as having broadband, especially rural areas, do not.

The problem, as stated in a post on Microsoft’s website titled “Better Broadband Data Can Lend a Voice to Rural Americans,” is that ISPs “are only required to report areas where they could hypothetically deliver broadband access, not just the areas where they actually do provide broadband access.” The New York Times article focuses on Microsoft’s work in Ferry County, WA. 100% of Ferry County is considered as having access to broadband by the FCC, while Microsoft estimates that only 2% of the population use it. The mayor of Republic, in Ferry County, is quoted saying “we don’t really have broadband coverage across the county.”

This is not the same survey the PUD issued in 2017, which focused more on what types of service customers would be interested in. The goal of the 2019 survey is to inventory access to internet, speeds used, and activities our residents and business need the internet for. Data will be used to help guide decisions about locating future fiber, and will help support applications for federal and state broadband infrastructure grants. The survey will be available online on our website Rescheduled for May-June.

On March 18 & 19th, at the Jamestown S’klallam Red Cedar Room in Blyn, the North Olympic Development Council hosted a Broadband Symposium to discuss challenges and opportunities for connecting more of the NOP to reliable, affordable, high-speed internet. Jefferson County PUD helped to plan the event and presented on some of the panels. The event was free and open to the public. 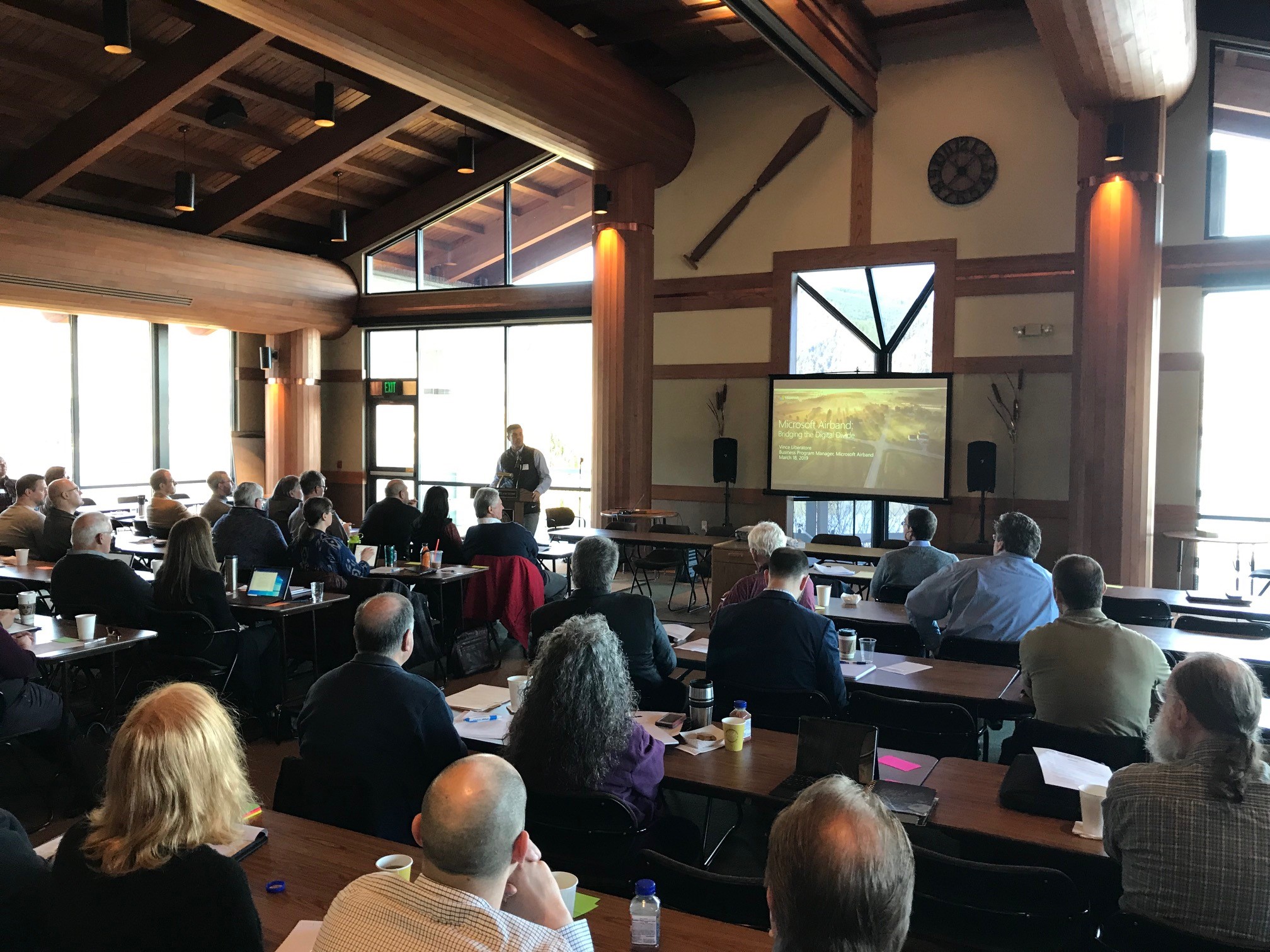